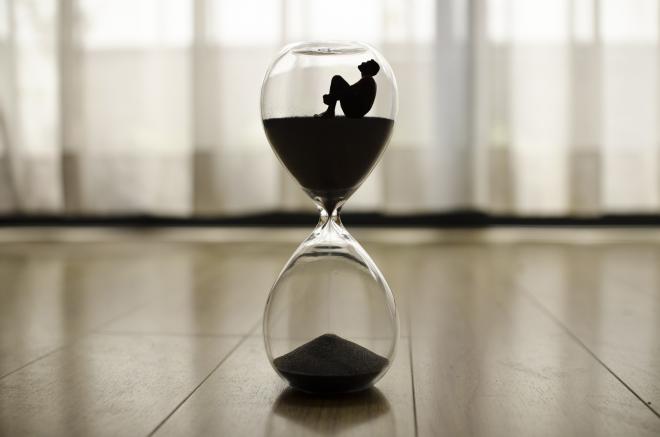 Americans are living longer than ever thanks to medical and technological innovations, better diets, and more exercise. But there are a few tweaks people can make to their lives in order to be healthier and live longer. You can figure out what your current life expectancy is now using the “Living to 100 Life Expectancy Calculator” and then add years to your life by laughing, flossing, and even shopping more.

Start your morning off with a coffee and end the day with a nice, cold beer or a glass of red wine. Just don’t overdo it.  Drinking coffee has been shown to provide a protective effect against certain cancers and chronic diseases, such as type 2 diabetes, Alzheimer’s, and Parkinson’s disease. According to the Harvard School of Public Health, a 30-year study involving nearly 300,000 men and women revealed moderate coffee consumption was linked to a lower risk of death, especially from heart and neurological diseases.

As for alcohol, according to a study published in the journal Alcoholism: Clinical and Experimental Research, drinking a moderate amount of one to three drinks a day is linked to the lowest mortality rates. After a team of researchers examined the drinking habits of 1,814 participants for over 20 years, they found 69 percent of those who did not drink died over the course of the study, while only 41 percent of moderate drinkers died. Another study, published in the Journal of Studies on Alcohol and Drugs, found wine drinkers were also more likely to outlive those who kept their bottles corked.

2. LISTEN TO YOUR DENTIST

How many times does your dentist remind you to floss more? Flossing is so effective at improving your health, Dr. Michael Roizen touted in his book The RealAge Makeover that the daily habit of flossing can add 6.4 years to your life.

Skipping the floss step of your dental hygiene can lead to a lot of problems, including gum disease, tooth decay, and tooth loss. Flossing helps you to avoid inflamed gums, which leads to chronic bacterial infections in your mouth leading to gum disease — ultimately increasing the risk of developing other diseases throughout the body.

There’s some truth behind the old Irish proverb: “A good laugh and a long sleep are the two best cures for anything.” According to William Klemm, a neuroscience professor at Texas A&M, humor has the power to reduce high blood pressure, alleviate stress and anxiety, dull pain, improve feelings of well-being, and burn some extra calories.

According to a study conducted by Norwegian University’s Medical School, laughing adds years to your life. Out of the 54,000 participants that were tracked over the course of seven years, those who laughed more were 35 percent more likely to still be alive at the end of the study. Go to a comedy show or surround yourself with funnier friends to help improve your chances of living a longer and happier life.

Find a safe and fun sex partner and get to it because science has found the more sex you have, the healthier you’ll live. A study, published in the British Medical Journal, found the risk of death was cut in half among 918 participants who reported experiencing more orgasms compared to those who had orgasms less frequently. So while having more sex helps lower mortality rates, it doesn’t count unless you reach climax.

Staying lean and physically active will lead to a healthier life. However, a team of researchers from Oxford University have found keeping your rear end large can help you live longer. The study, which measured 16,000 women’s rear ends, found the bigger the butt the better. Women with a bigger backside tended to have lower levels of cholesterol and higher levels of omega-3 fatty acids and an overall lower risk of mortality.

“The idea that body fat distribution is important to health has been known for some time,” said the study’s lead researcher Konstantinos Manolopoulous, a professor at Oxford University, in a statement. “However, it is only very recently that thigh fat and a large hip circumference have been shown to promote health; that lower body fat is protective by itself.”

6. DON’T RETIRE TO THE SOUTH

By living up north, Americans automatically increase their chances at a longer life. According to a report published by the Centers for Disease Control and Prevention, both men and women who lived in the south generally had a shorter life compared to those living anywhere else in the United States.

After the age of 65, Mississippians were only expected to live another 10 years, while those in Washington D.C. were expected to live at least another 18. In addition to Mississippi, living in the states with the lowest health life expectancies included: Texas, Oklahoma, Arkansas, Louisiana, Alabama, Georgia, South Carolina, North Carolina, Tennessee, Kentucky, Missouri and West Virginia.

Two studies published in the British Medical Journal found Olympic medalists still maintain their longevity 30 years after they won their gold, silver, or bronze. However, merely winning the accolade may not be enough to add years to your life. You have to live like a winner. Some researchers speculate that the ability to win may be more of a reflection of your social status instead of the win itself.

Research Director Andrew J. Oswald, an economics professor at the University of Warwick, UK, in a statement: “Status seems to work a kind of health-giving magic.”

According to a study, published in the Journal of Epidemiology and Community Health, a team of researchers found after analyzing 1,850 men and women ages 65 and older those who went shopping every day were able to lower their risk of death by roughly 25 percent.

But the same effect isn’t found for those who sit behind their computer and spend money online shopping. Instead, it could reflect an aging person’s ability to socialize, prepare a meal, and transport to and fro. Loneliness has been shown to trigger biological changes that lead to an early death. Hermits increase their chances of death by 30 percent, which is why a simple exchange with the grocery store cashier can help improve the chances of living a longer life.

“In shopping venues, socializing with or watching others can provide social and mental benefits,” the study’s authors wrote. “Loneliness may be ameliorated through relationships away from home in commercial venues that nevertheless provide opportunities for companionship and emotional support.”